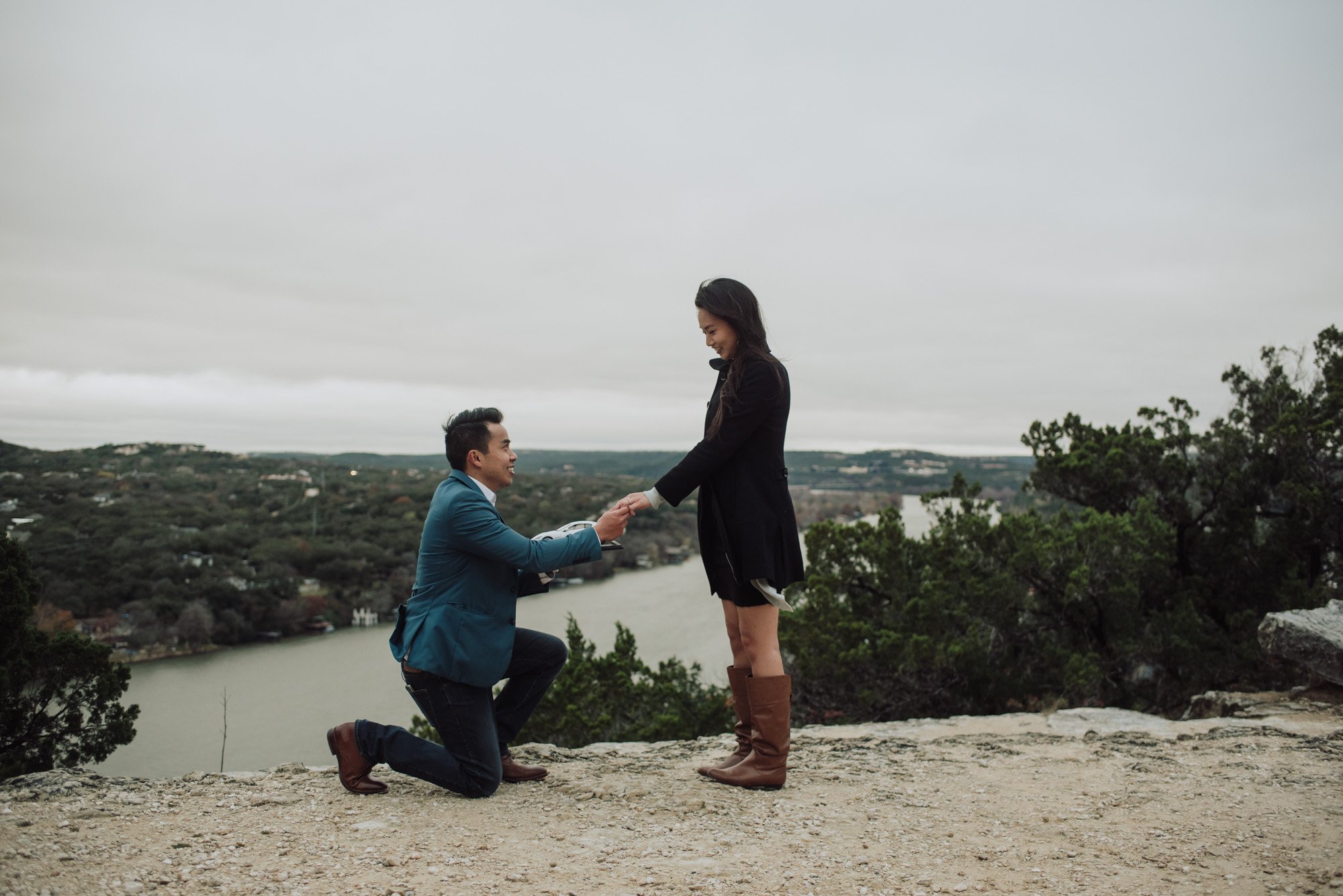 You’re probably wondering what’s with the car? Well when you’re proposing, you want to make it special and really surprise your honey. The car was an inside joke but it really really threw her off any suspicions.

“I’ll meet her on top of the Mt. Bonnell where the table and bench is. I will give her a surprise box (wrapped). A toy car will be in this box along with the keys (inside the toy car) and ring (inside the toy trunk). I’ll remind her of a bet we’ve had, which she won, and she wanted a Maserati GranTurismo as a joke (her favorite car). So I’ll have her open the box and it’s just a Maserati toy car then be like – “did you think I was going to get you a real car?”

Johnny and I had wanted photos from the top of Mt. Bonnell that were of the proposal, but because of the secret/car joke we decided we had to just re-create them. In the first photo, he’s attempting to take the ring back but it won’t come off! Since it was cold and windy we just decided to fake it. Looks pretty good still, I think.

Thanks for checking this out! I really love being an Austin proposal photographer and I’m super glad Johnny reached out and booked me. Are you thinking about proposing in Austin? I’d love to be your photographer. Get in touch with your date and plan and I will talk you through everything that you should expect. 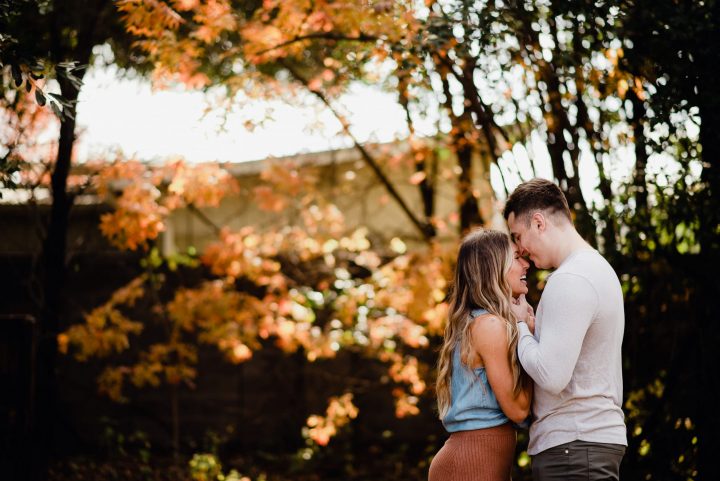