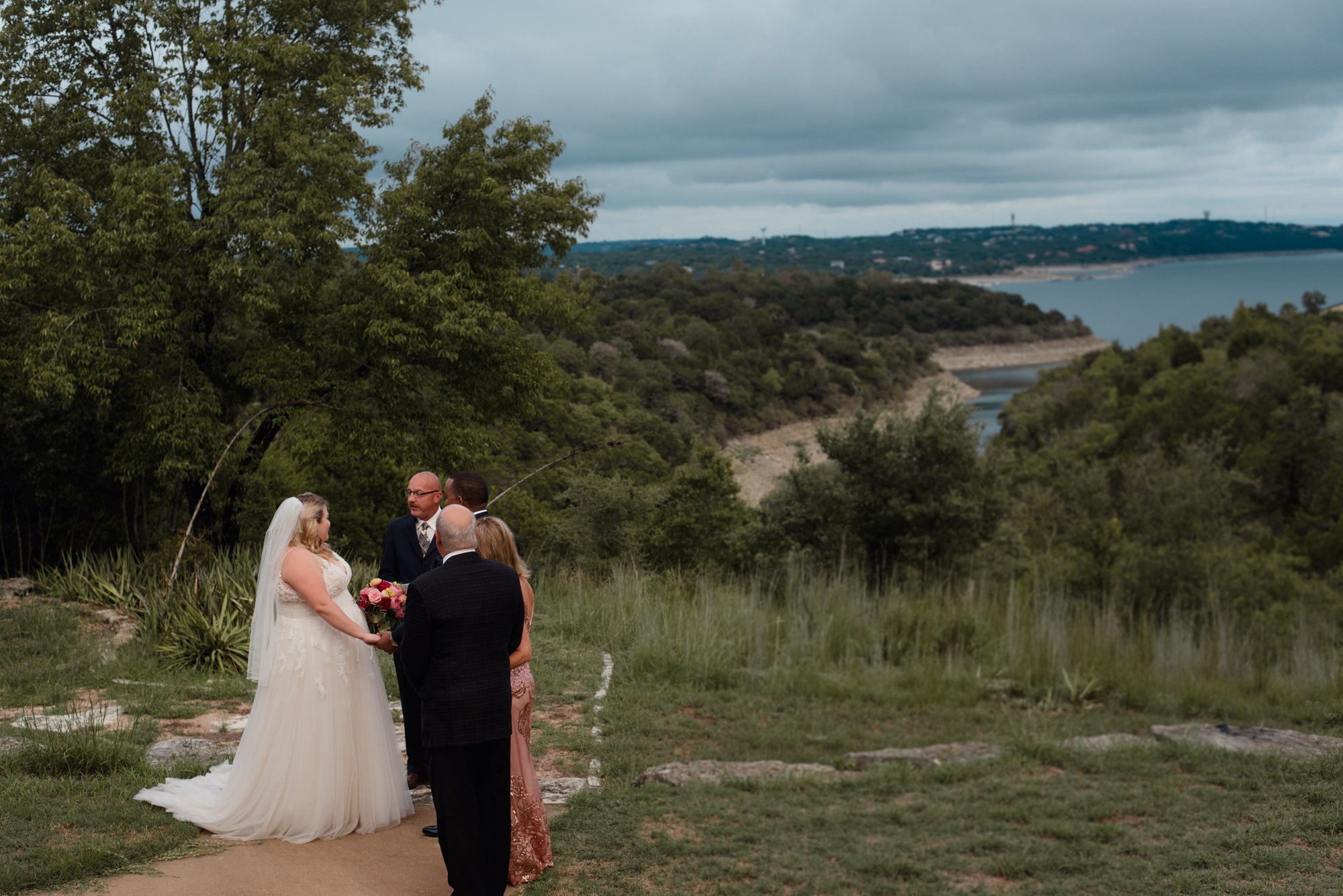 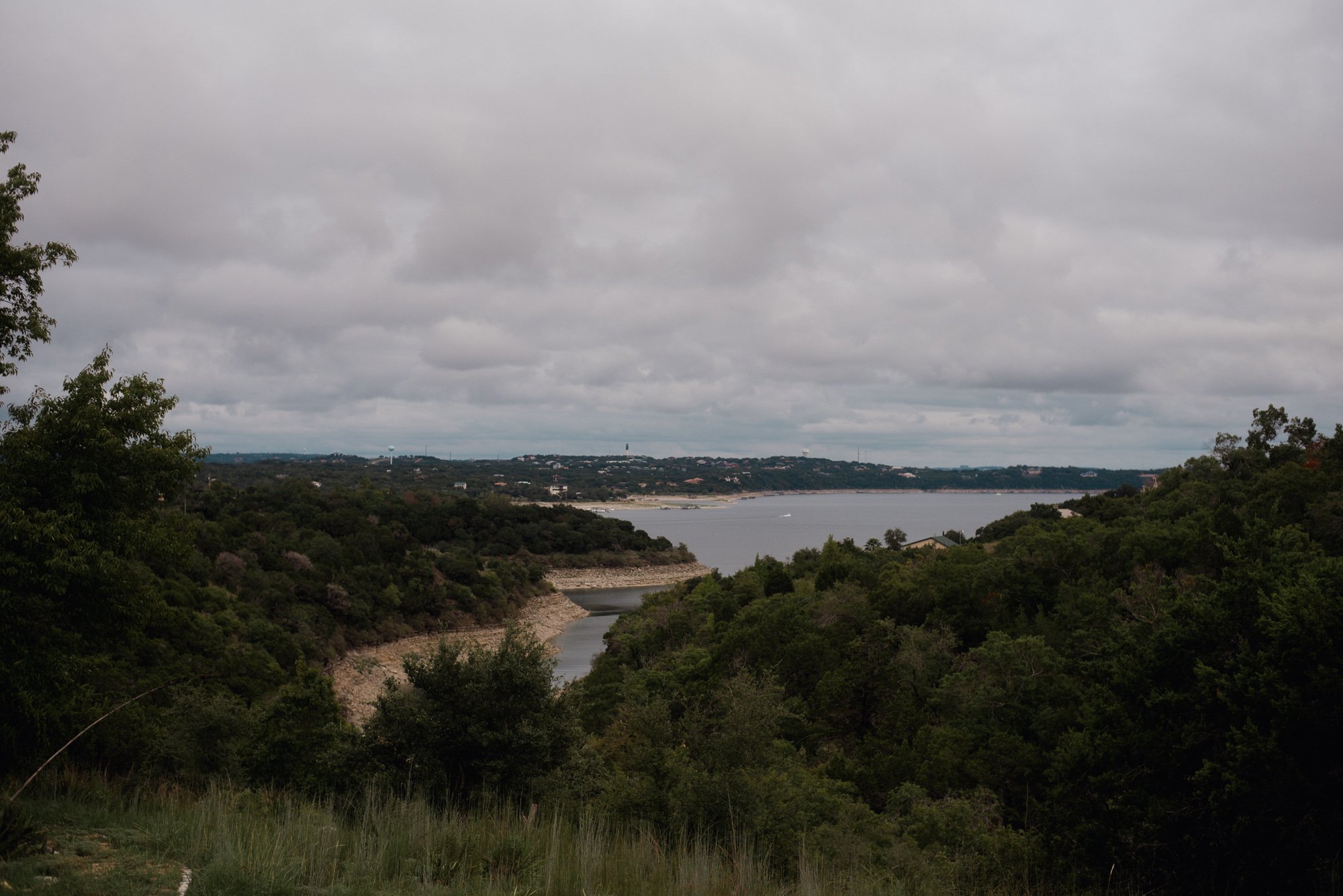 Kevin and Angela decided to have their mini wedding in her parents’ backyard overlooking the lake. I’m all about this sweet, super intimate Lake Travis at-home elopement. No fuss, just the core 5 (6 counting me!) people necessary to have a wedding and I LOVE when I’m able to roam around freely in these backyard weddings.

We played the “will it, won’t it rain” game as we were about to start the ceremony ceremony but ultimately decided that we only needed 5 minutes and would do just fine.

At the end of the evening, after some sweaty hiking and off-roading in Angela’s dad’s truck, were treated to the most perfect sunset that evening. Scroll down for those photos that also include little Olive the dog.

Without the stress of a traditional wedding, Kevin and Angela were able to prioritize lots of natural light portrait time before the ceremony. Since we had such a rad sunset also, we snuck out for a few after-dark, flash portraits which create more dramatic and moody images. 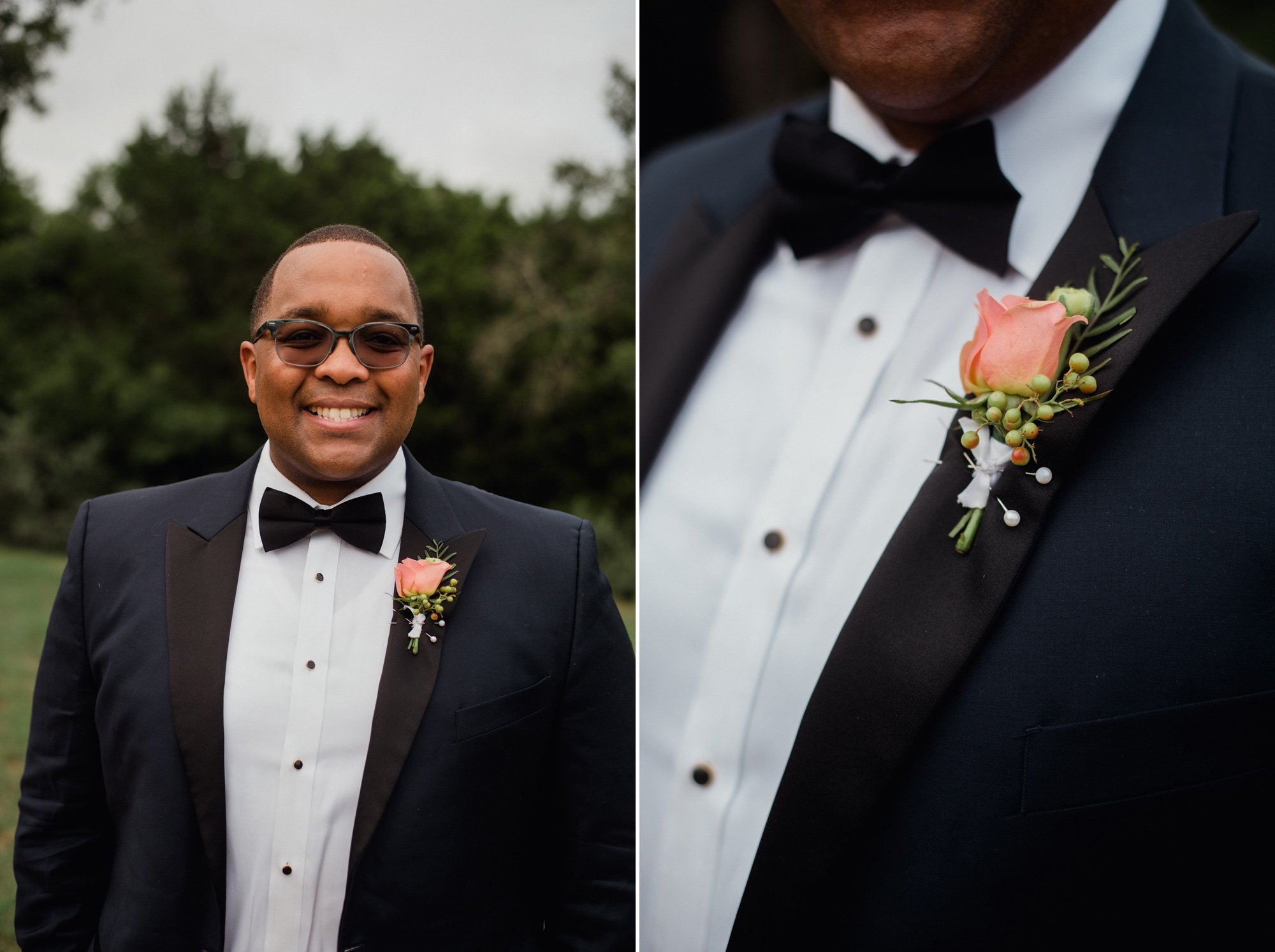 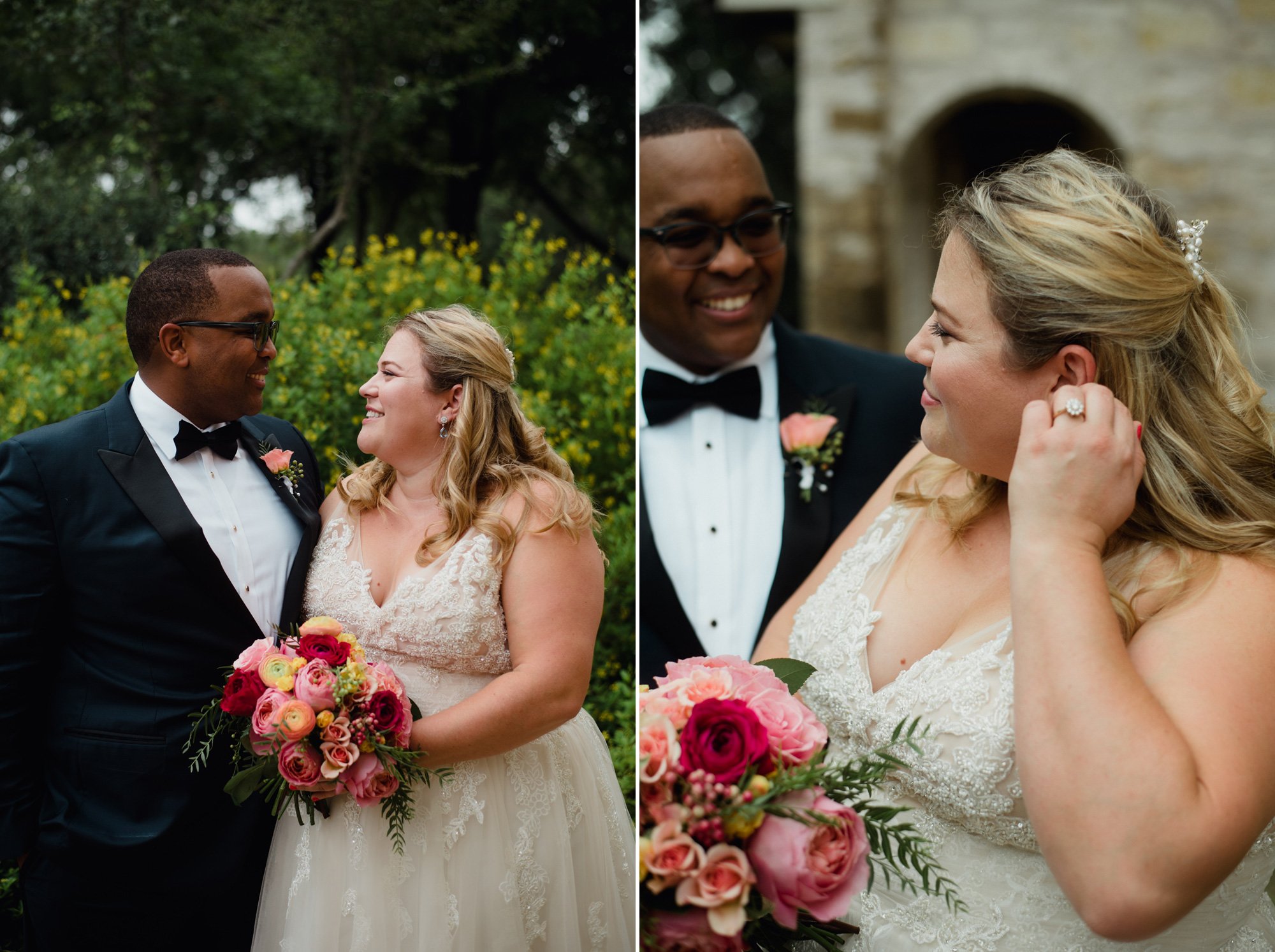 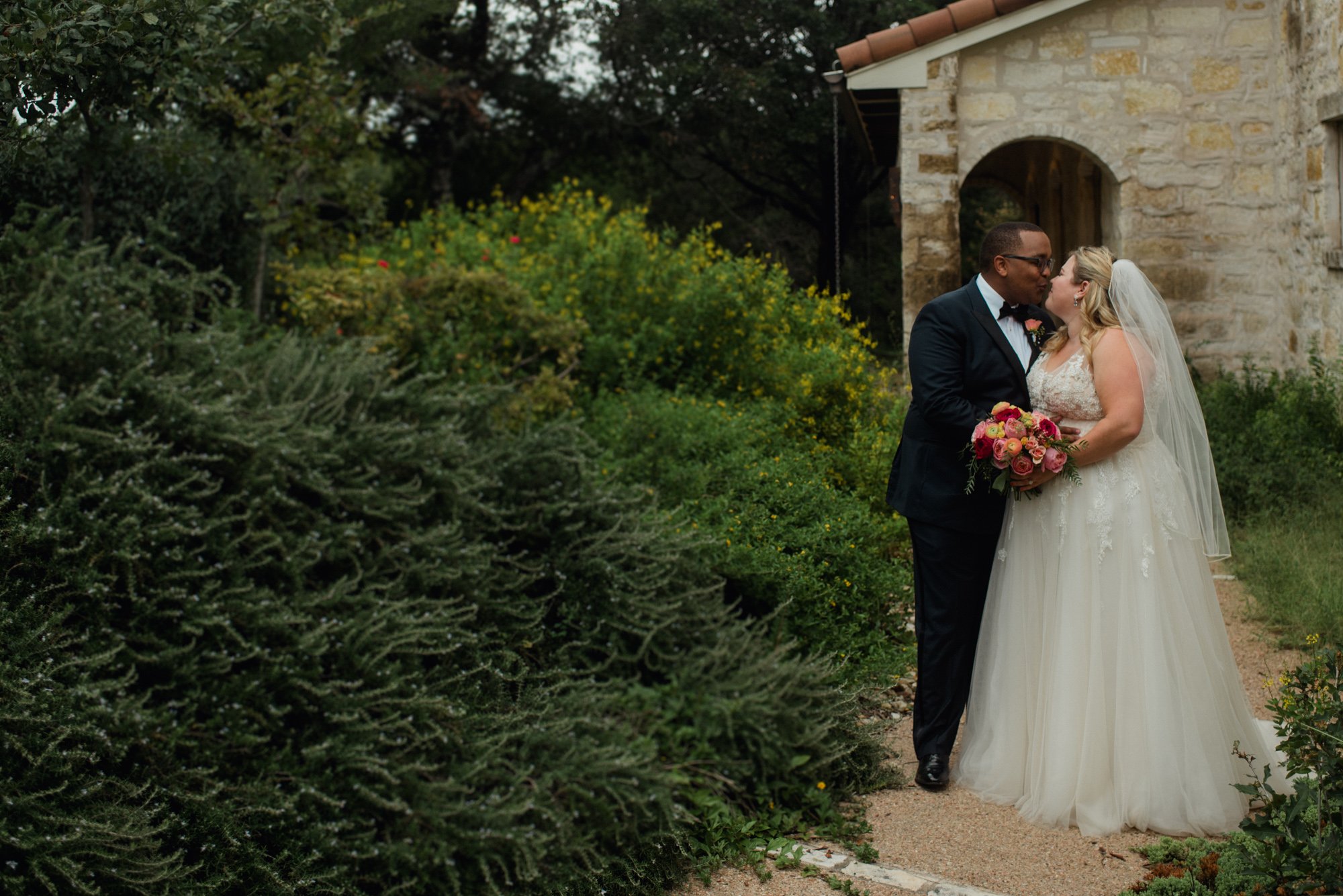 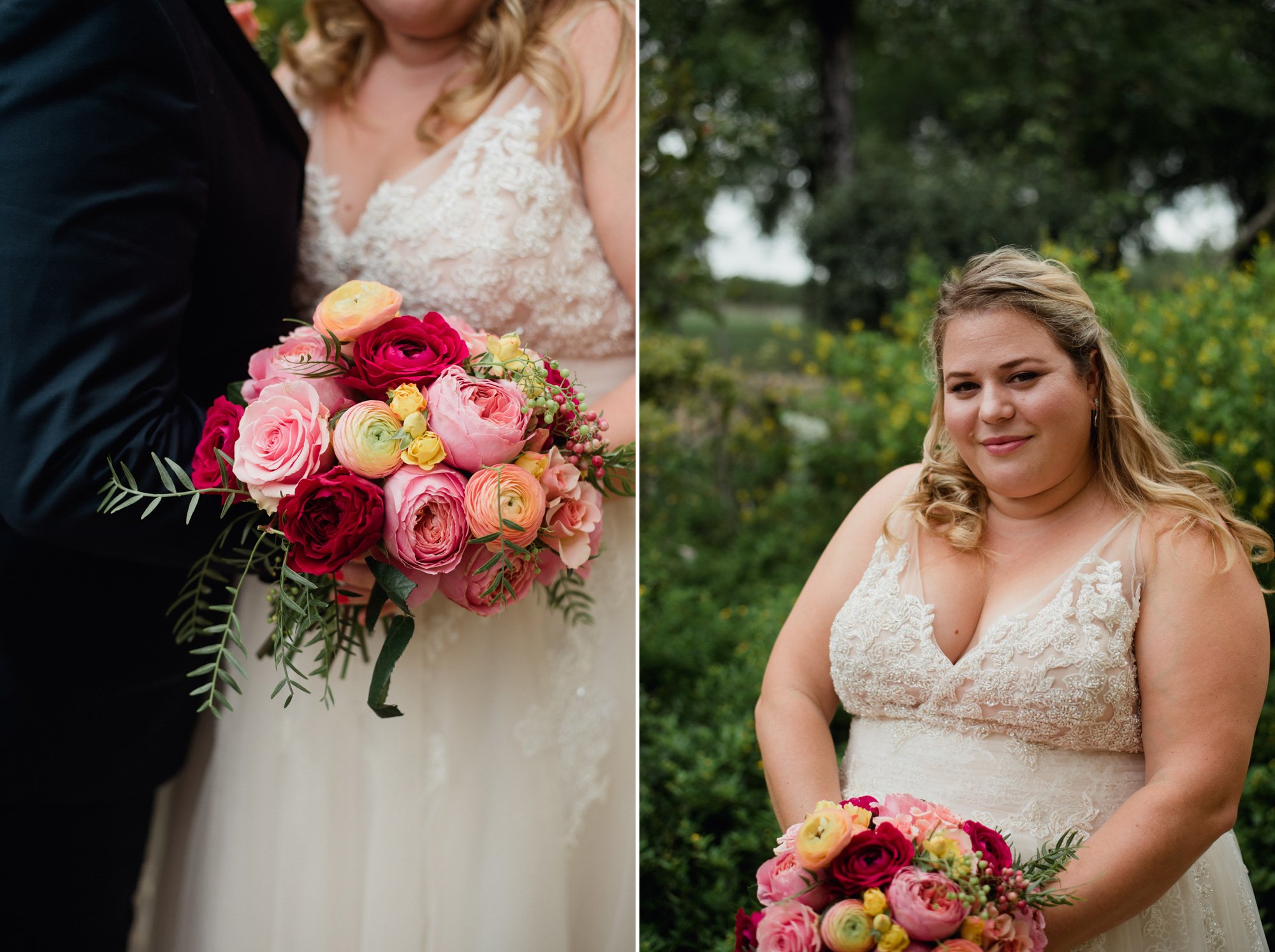 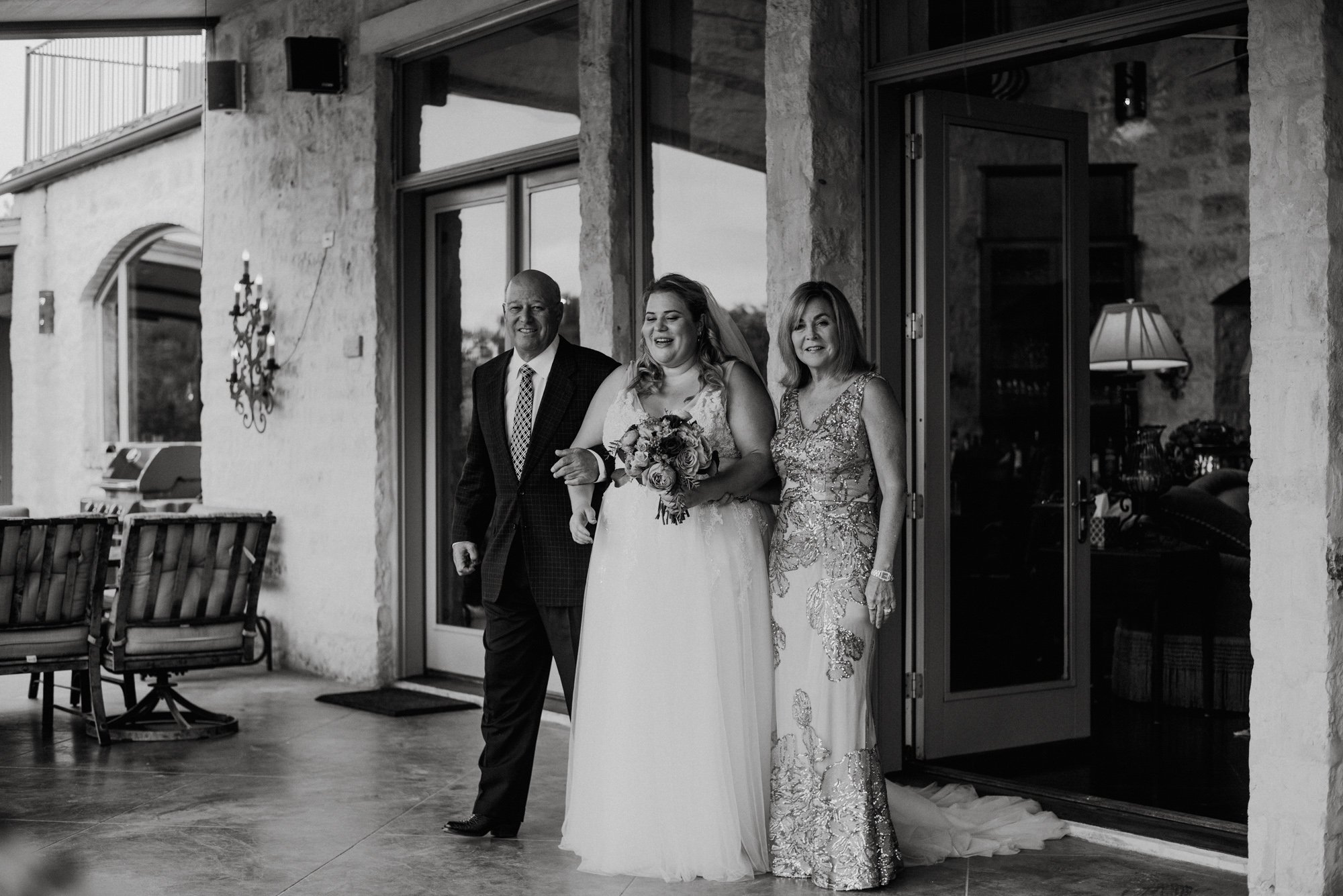 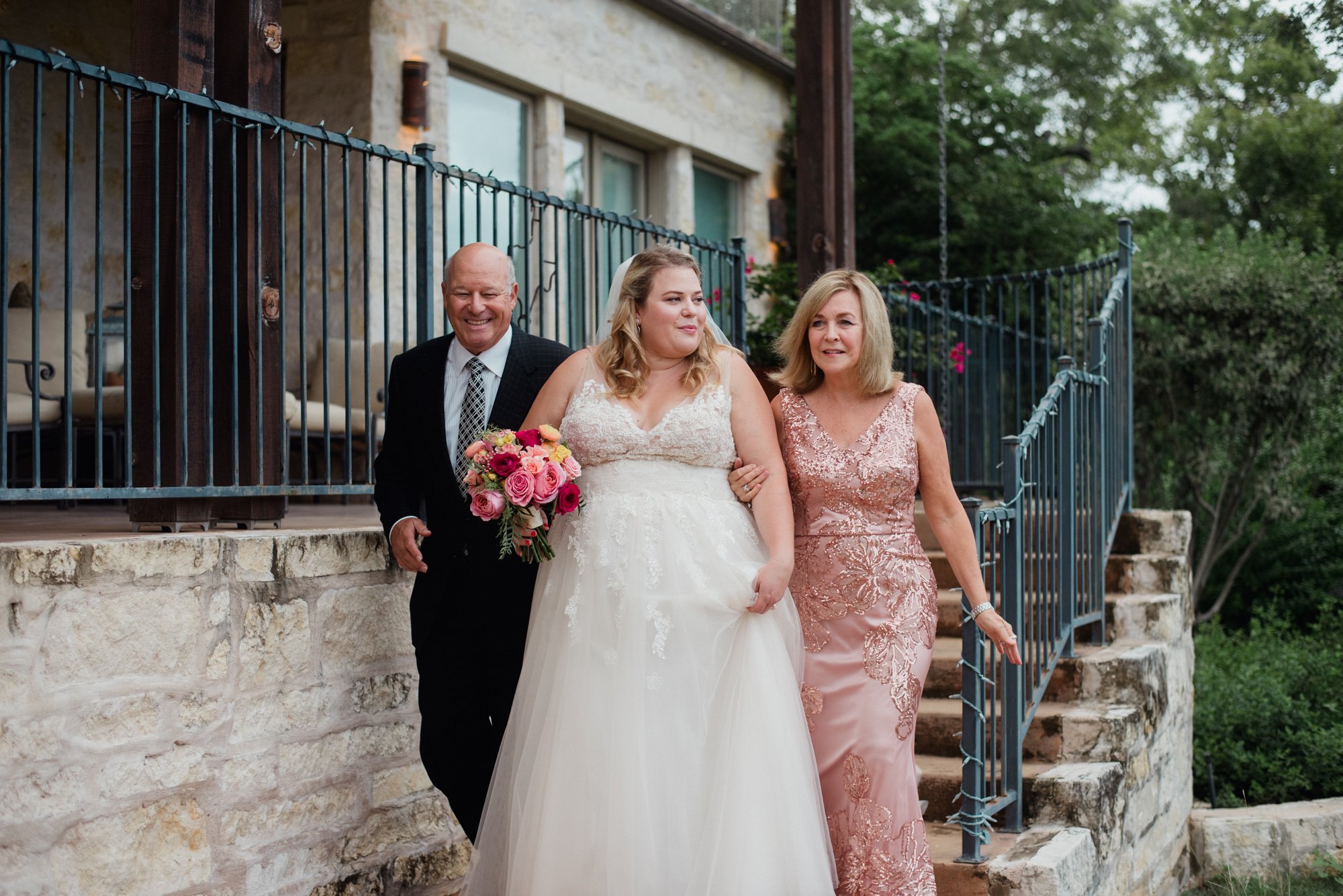 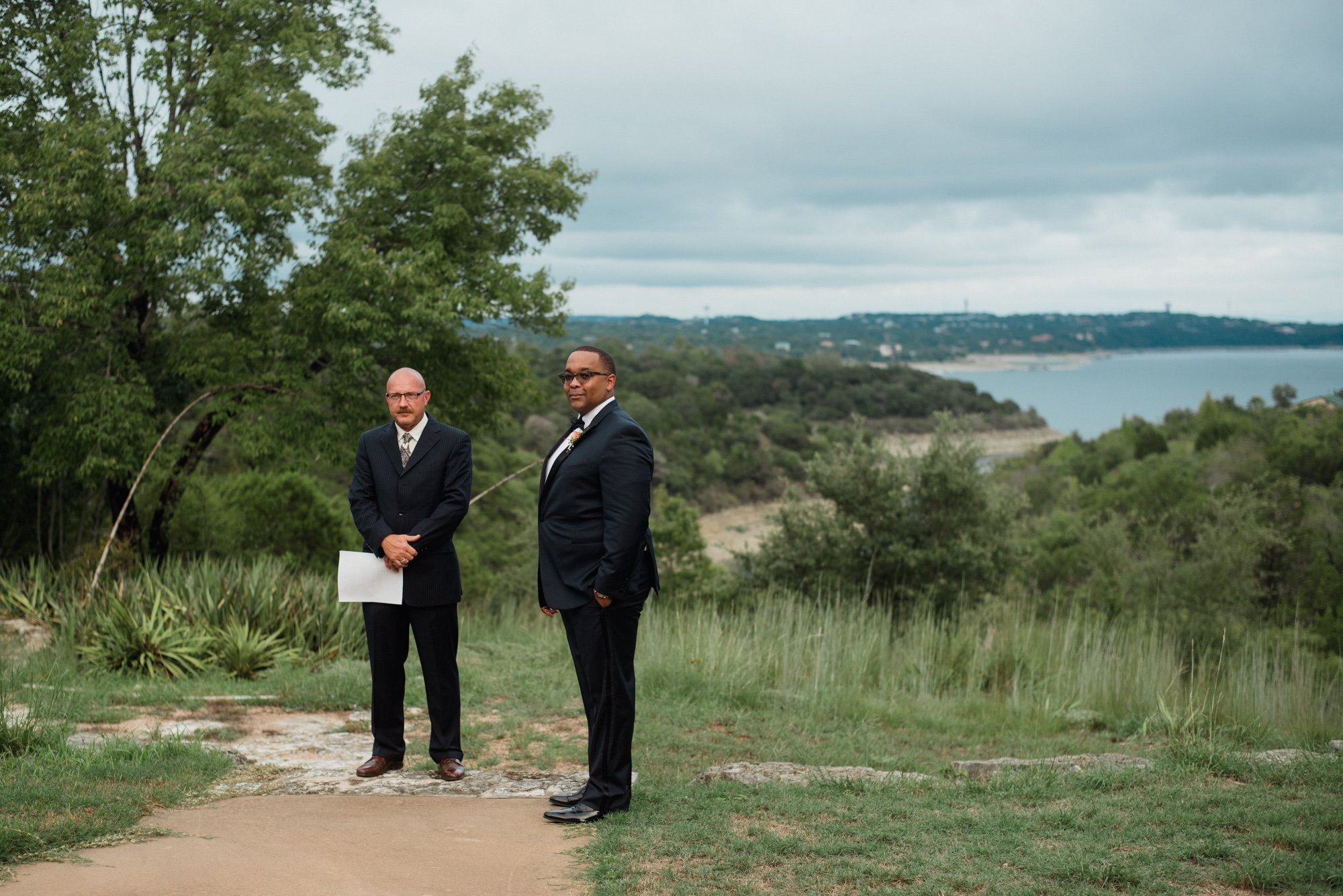 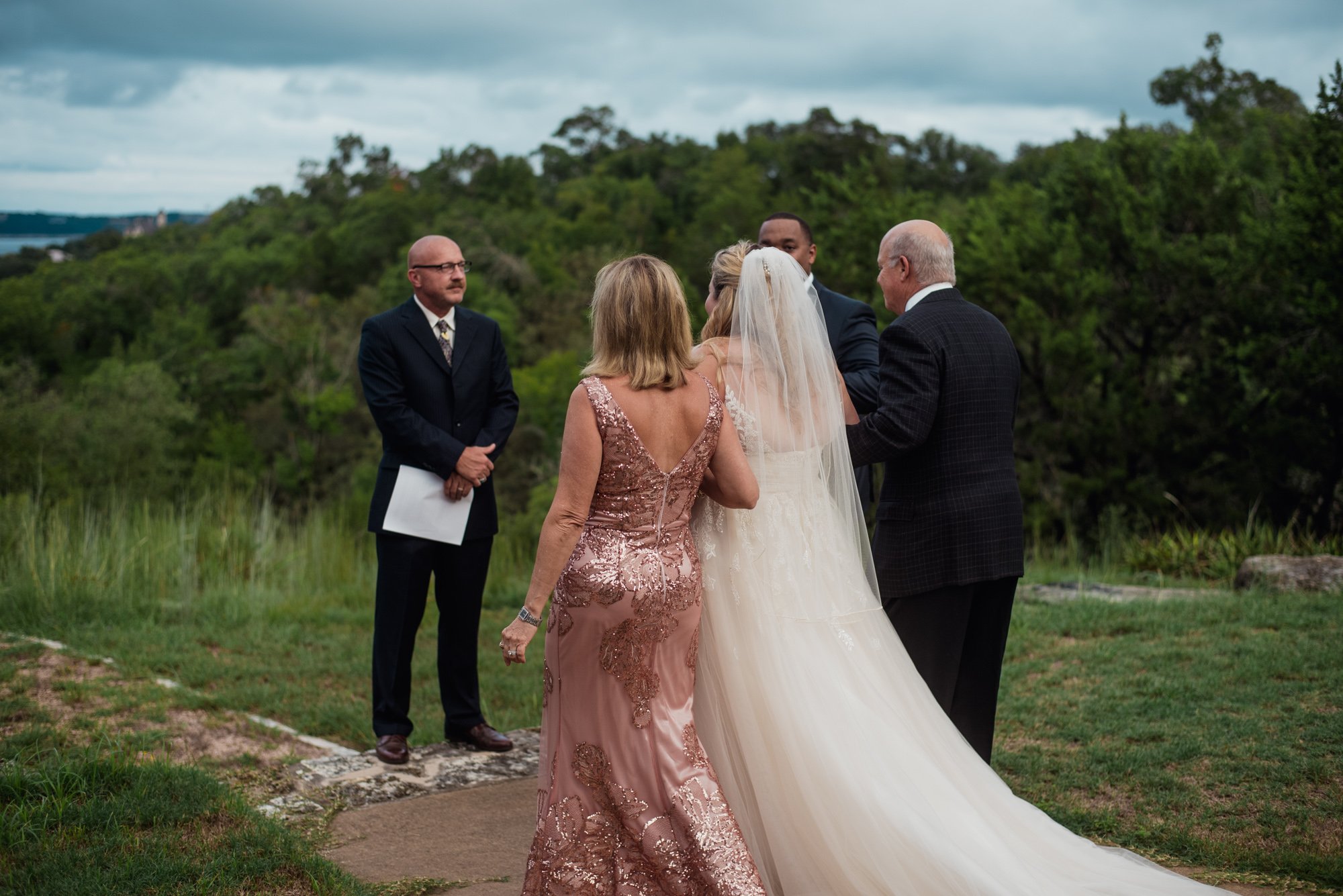 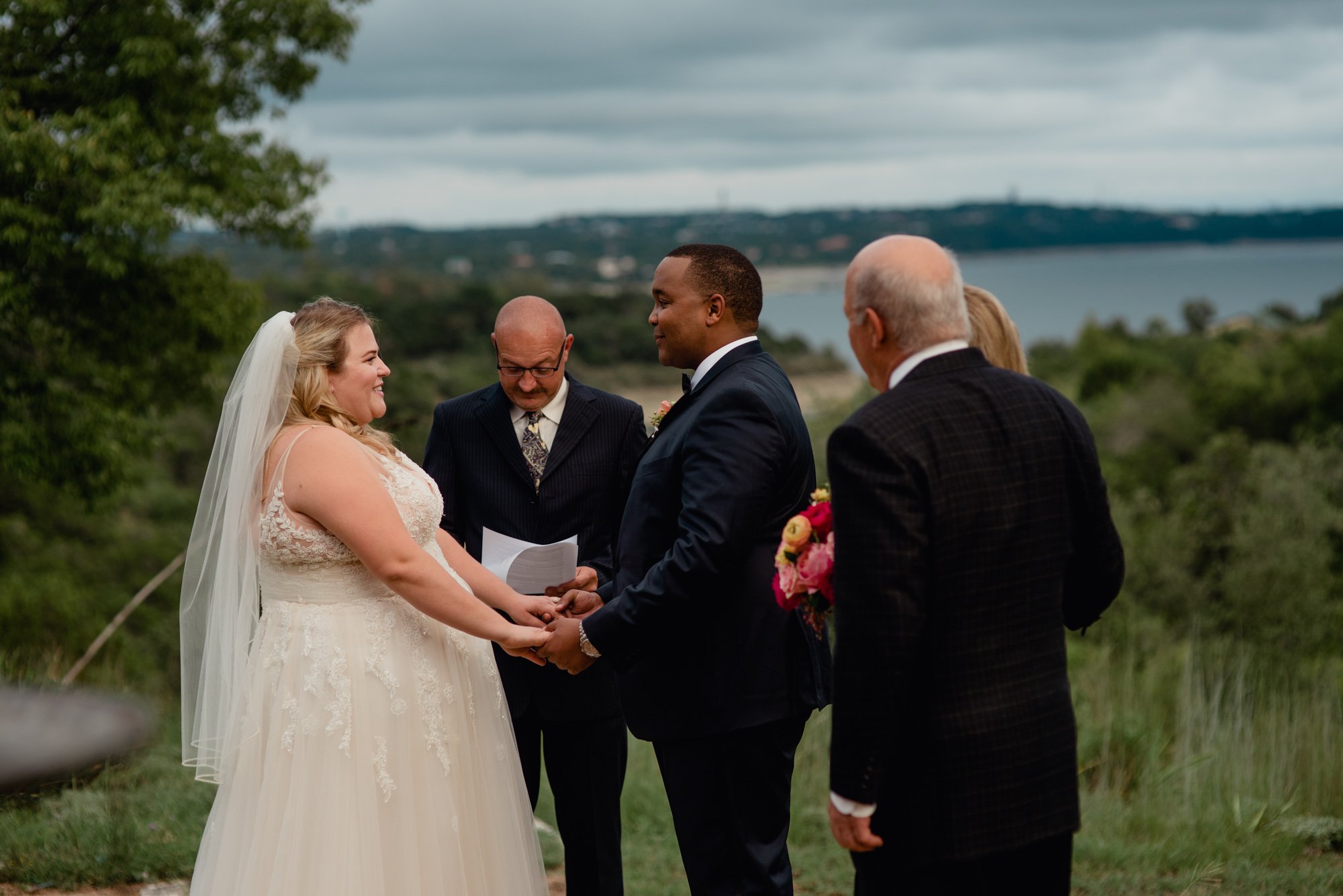 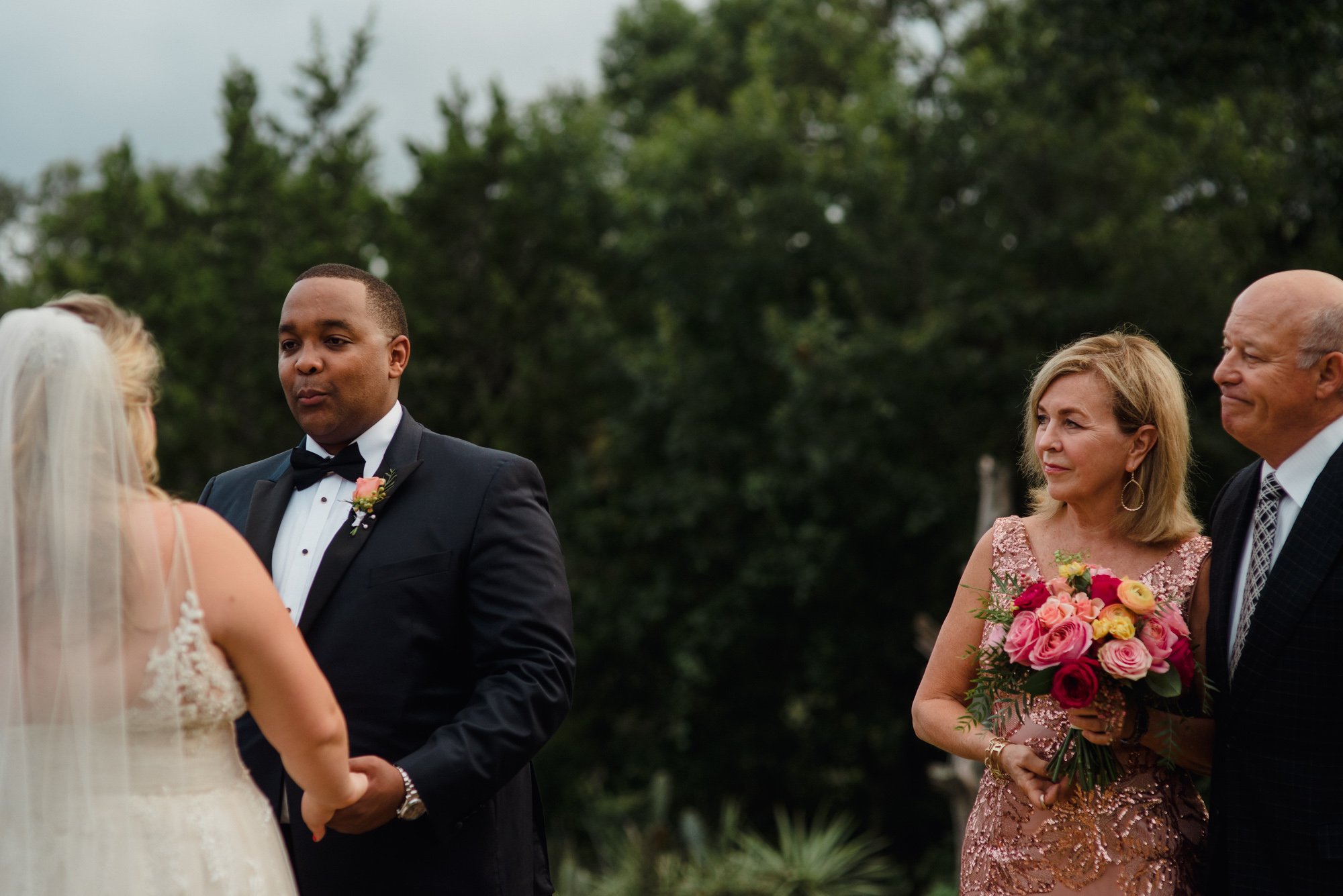 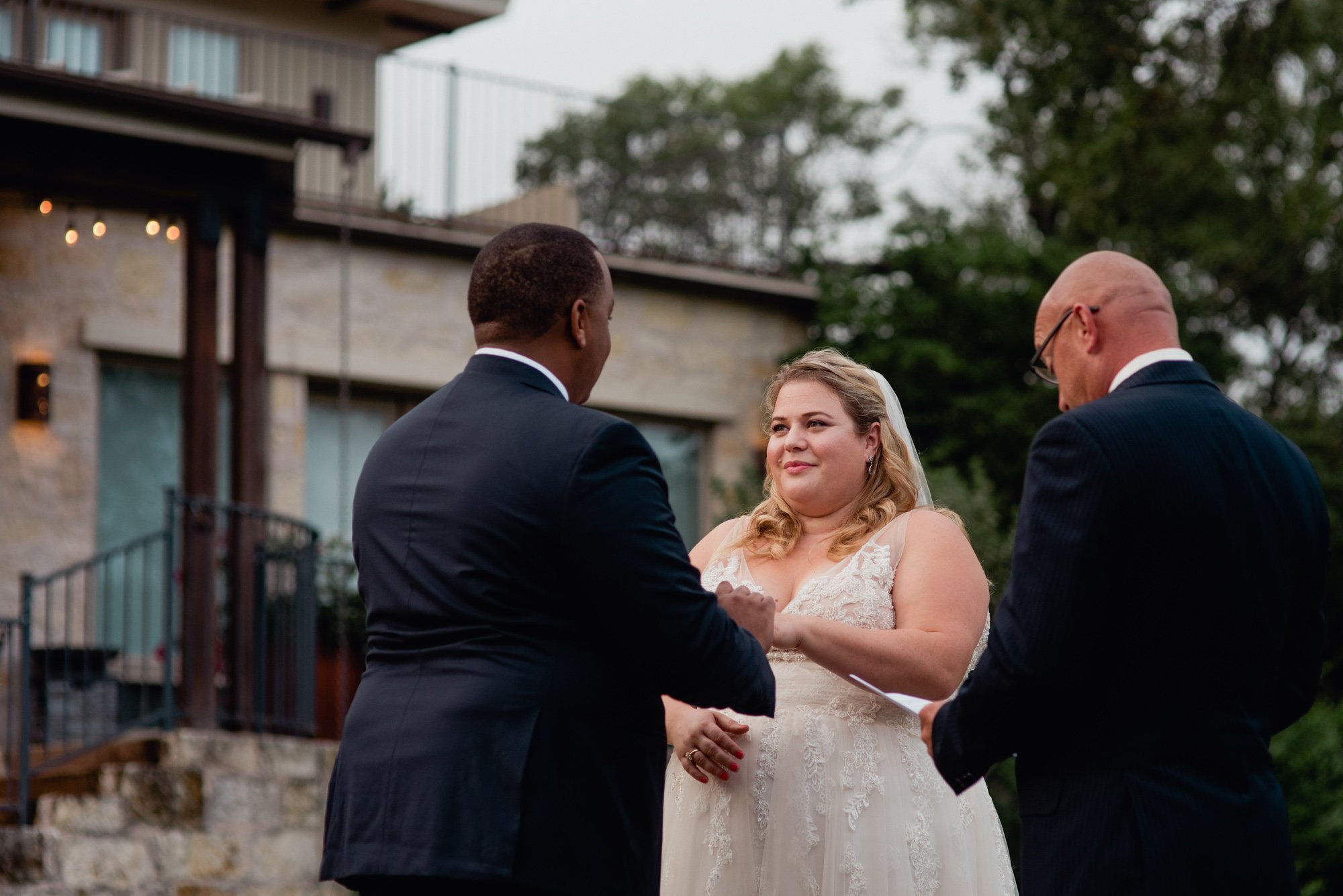 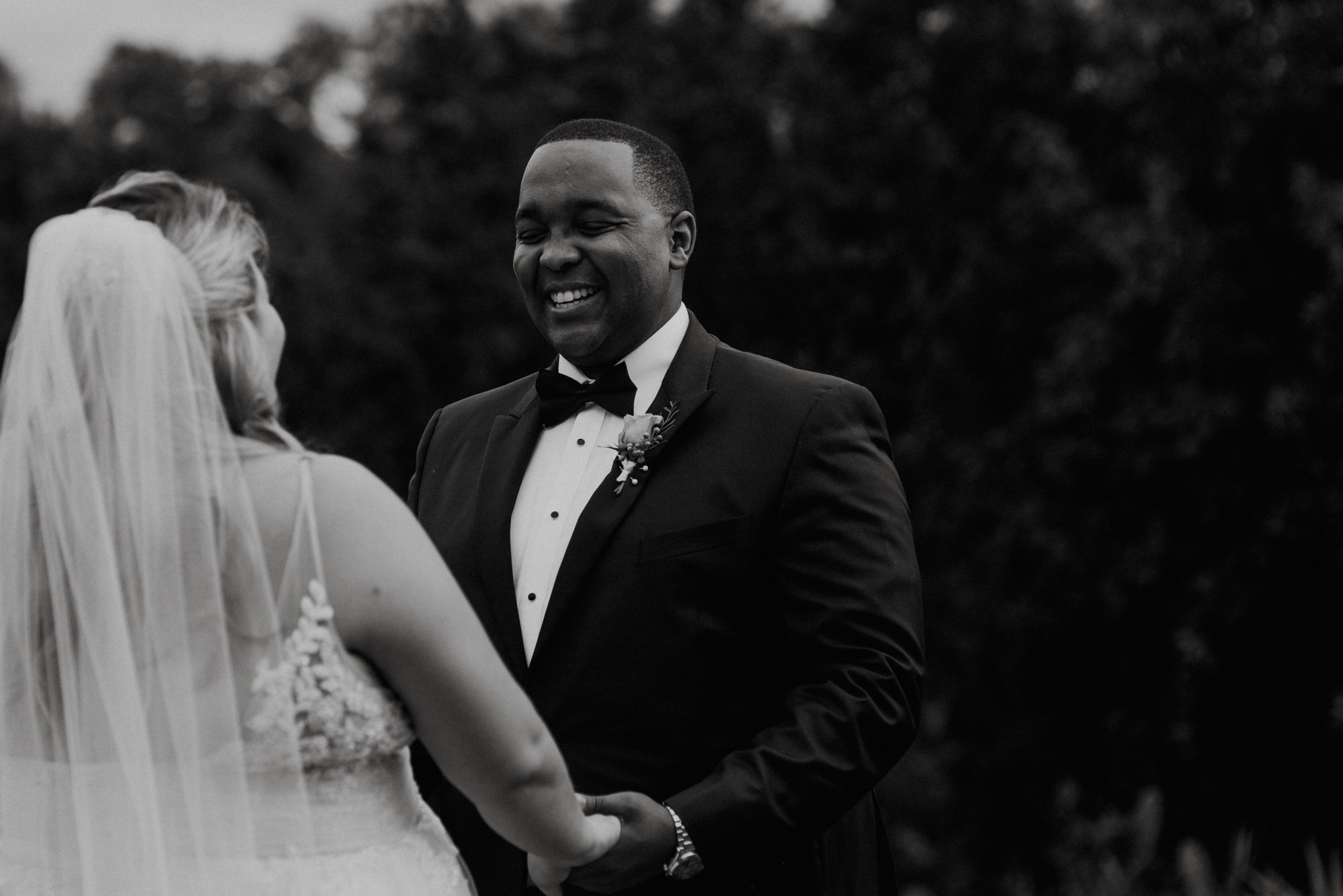 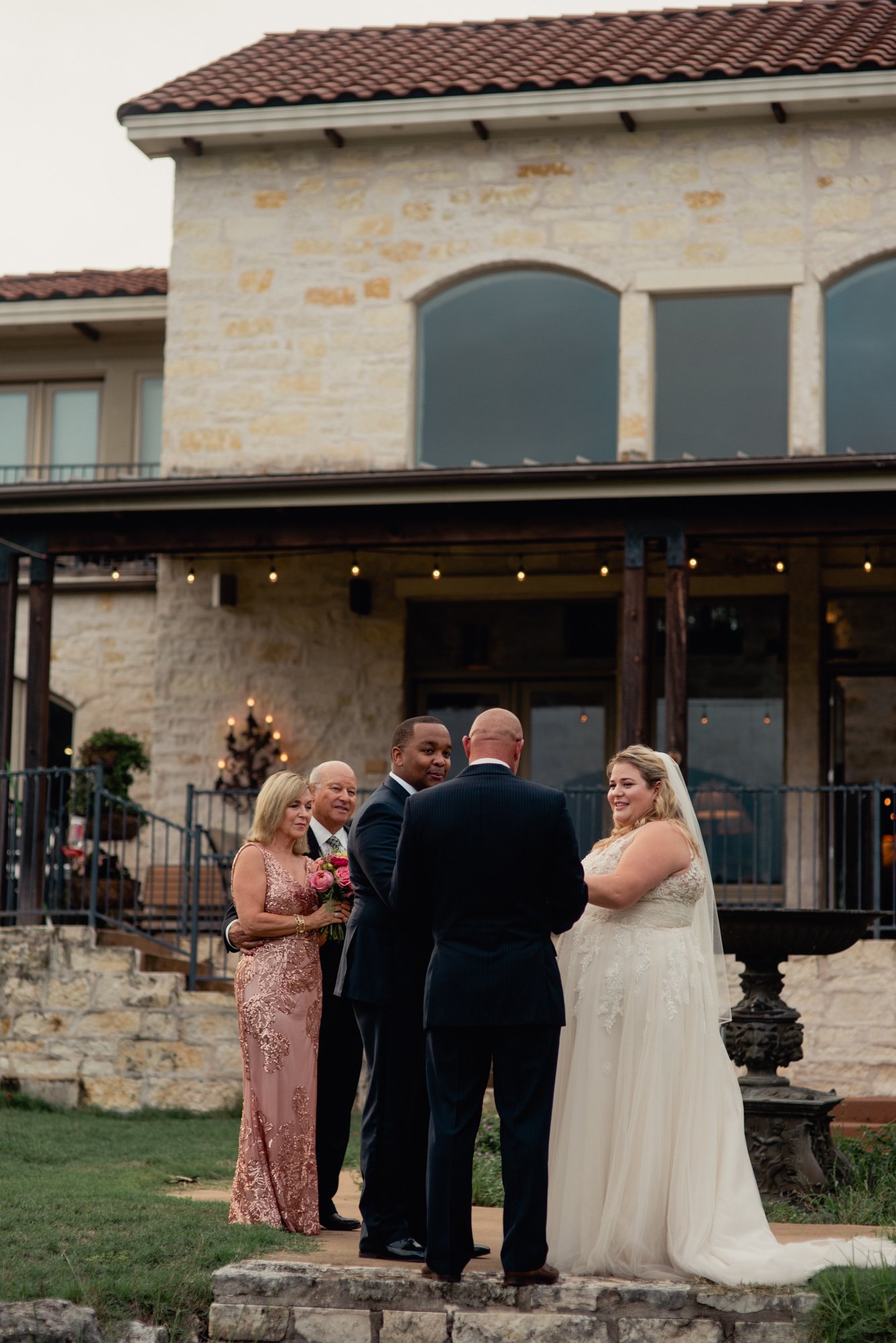 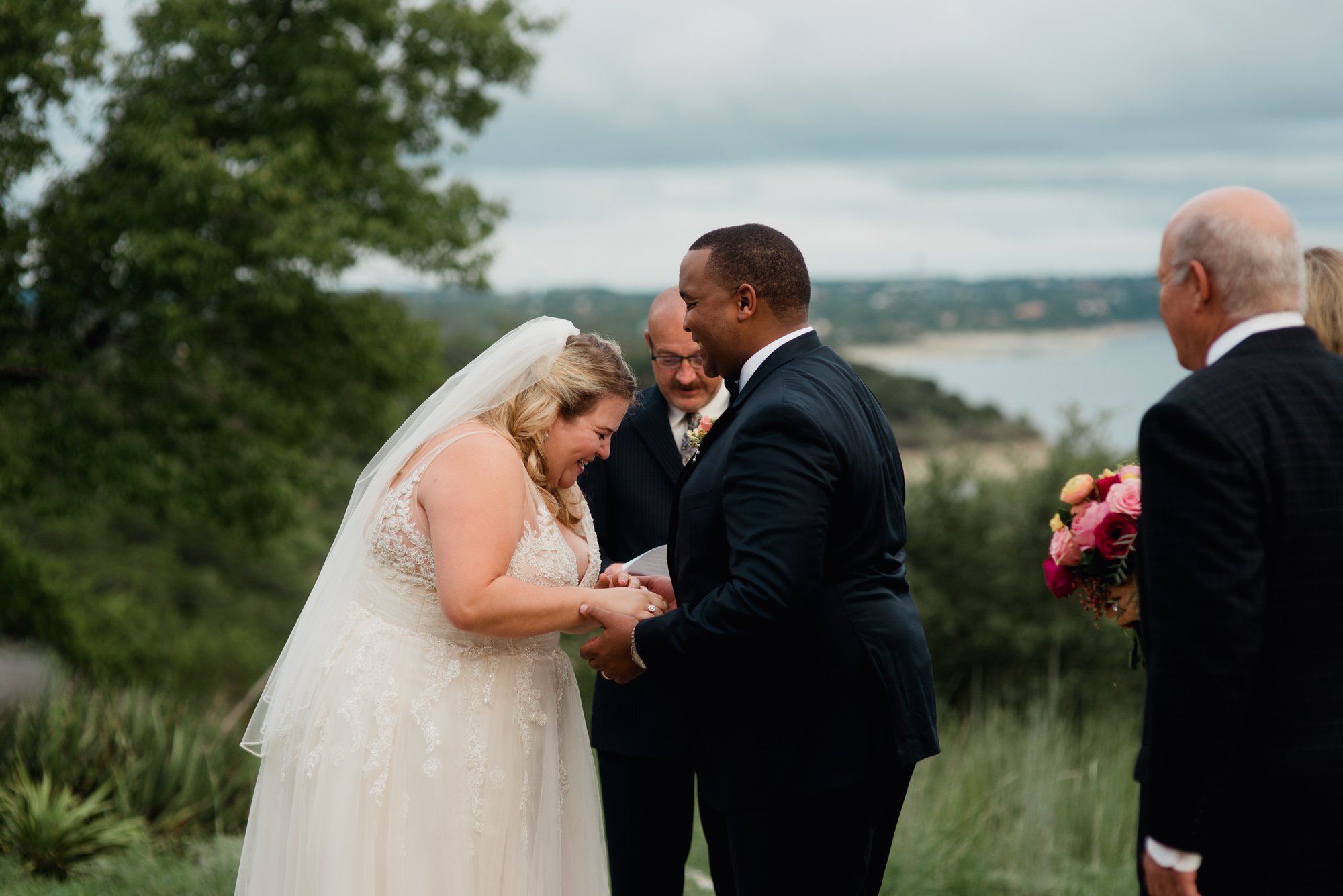 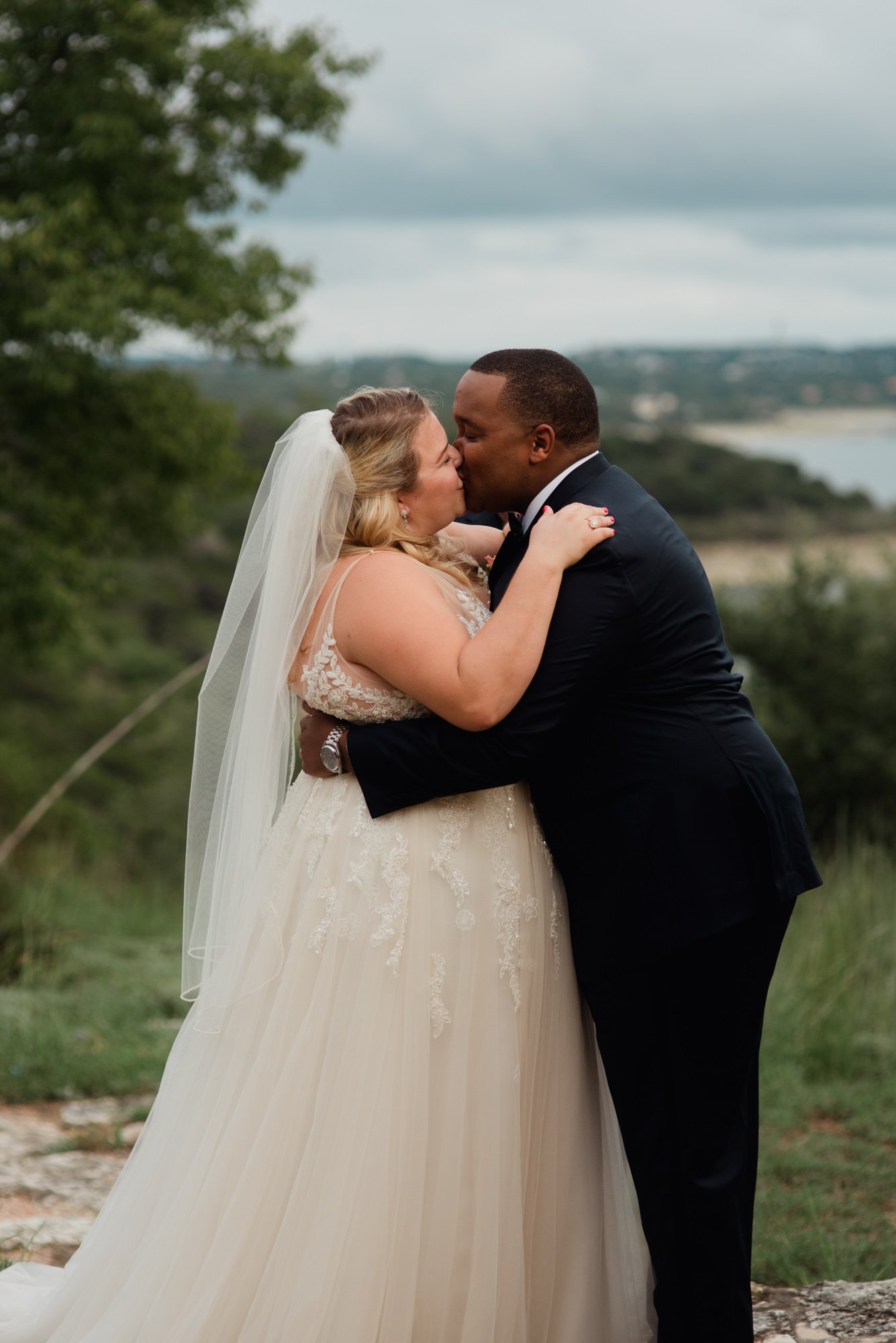 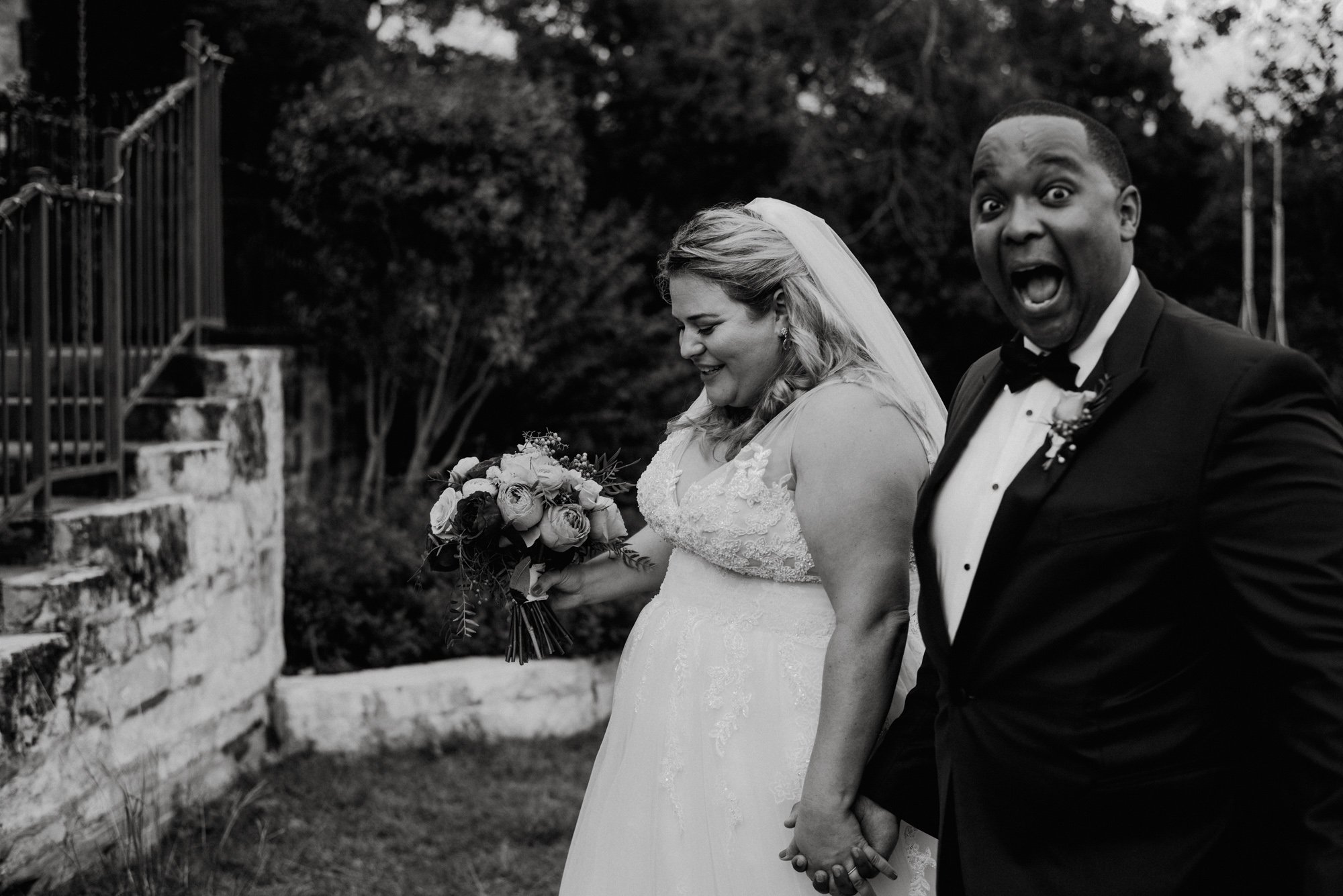 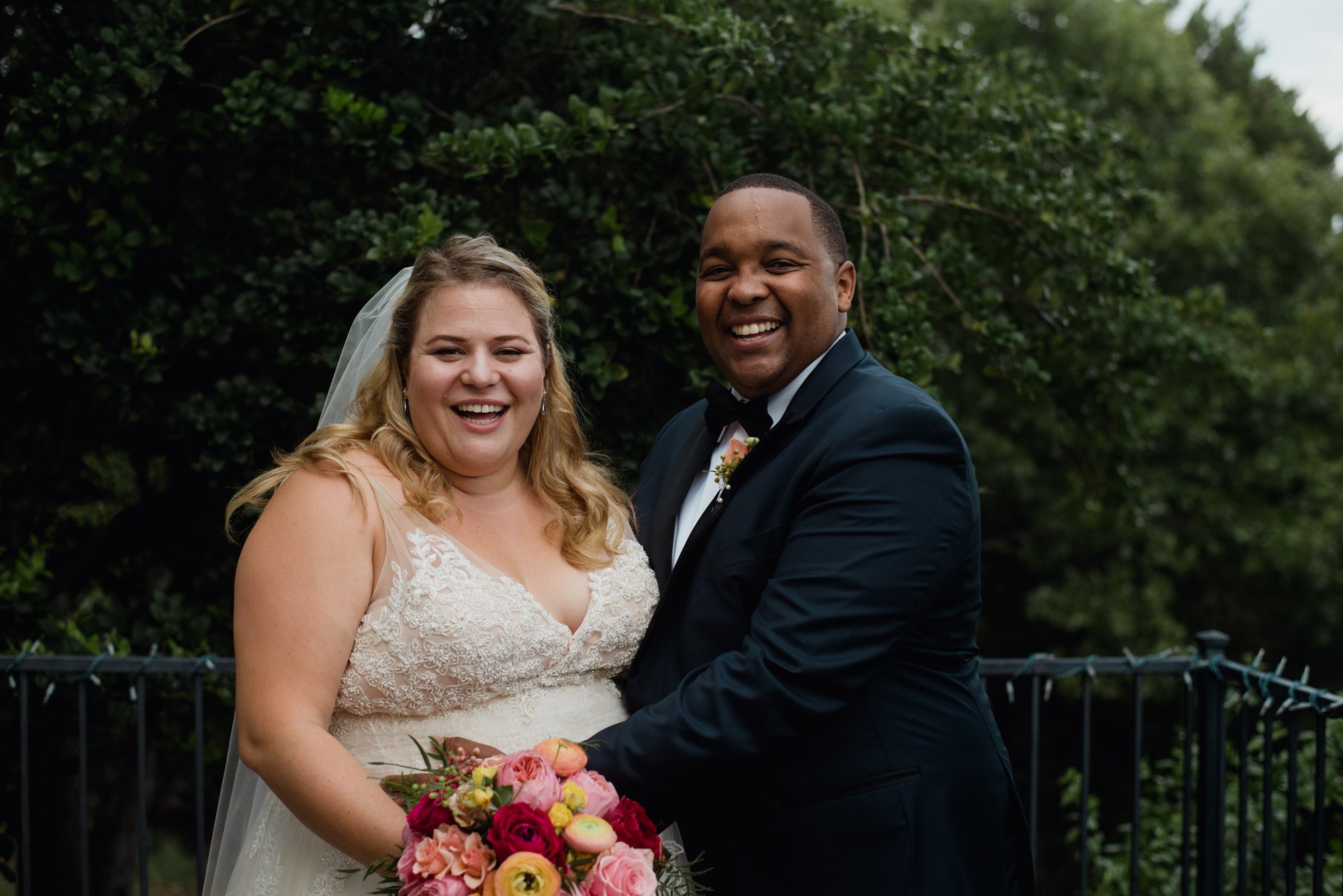 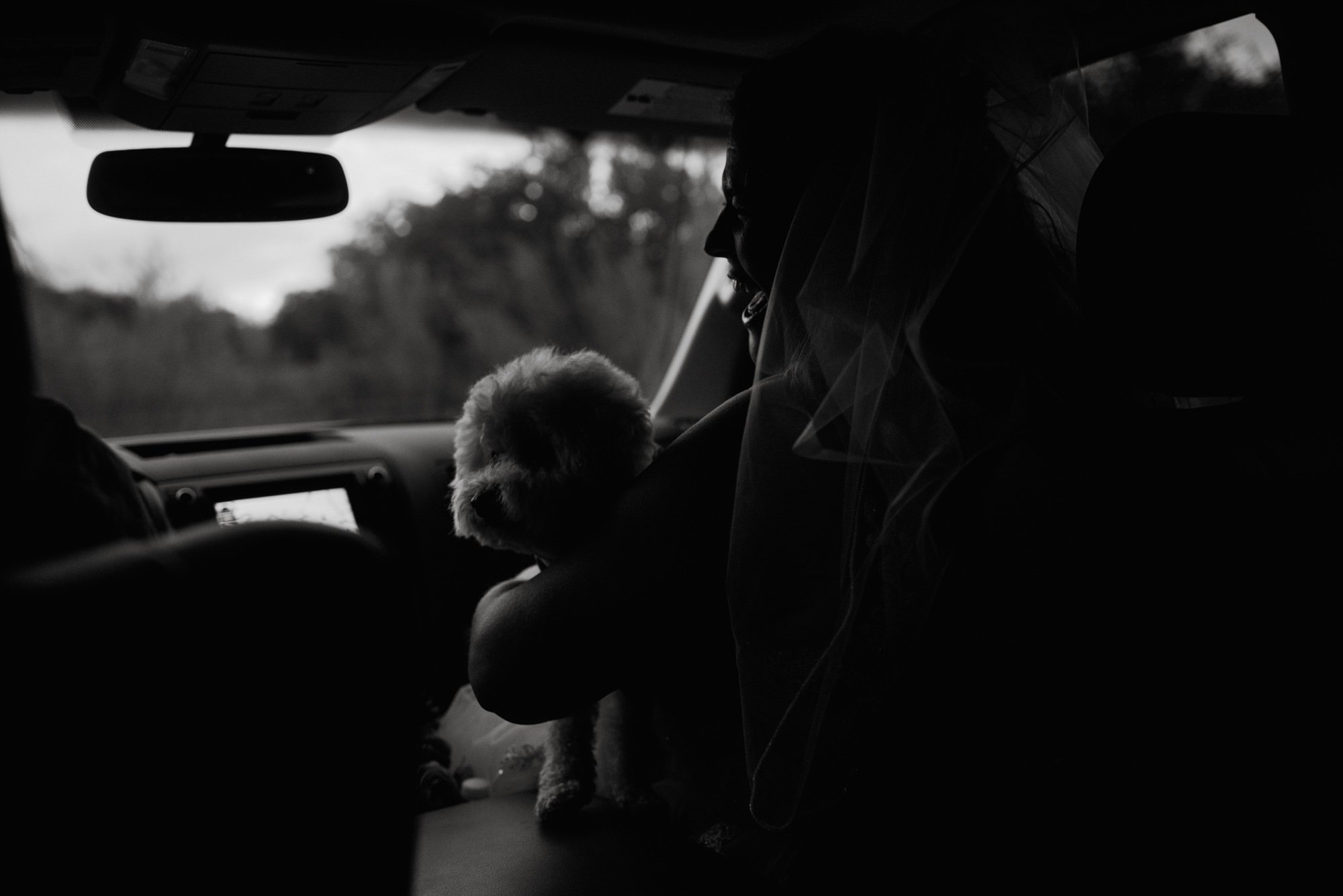 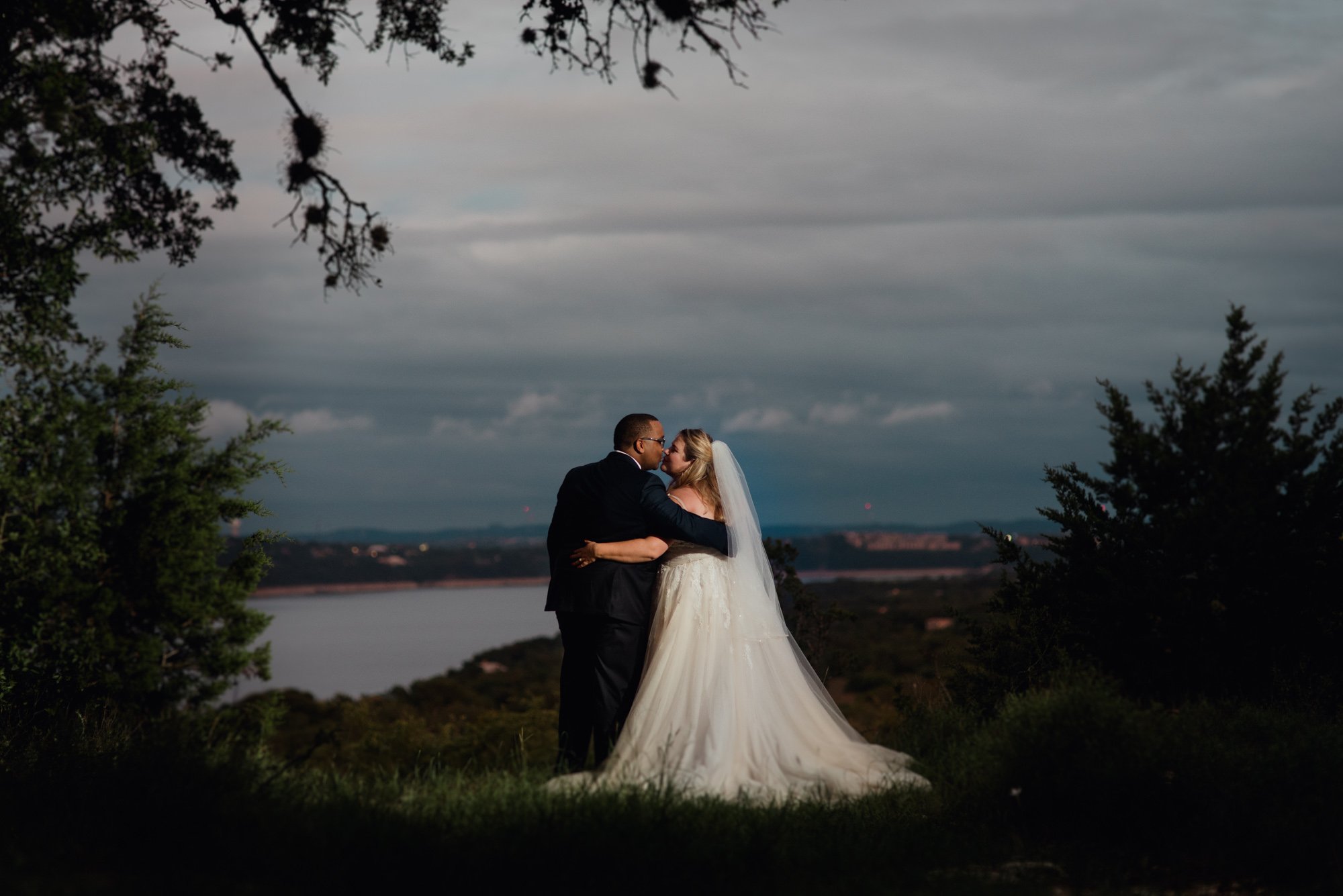 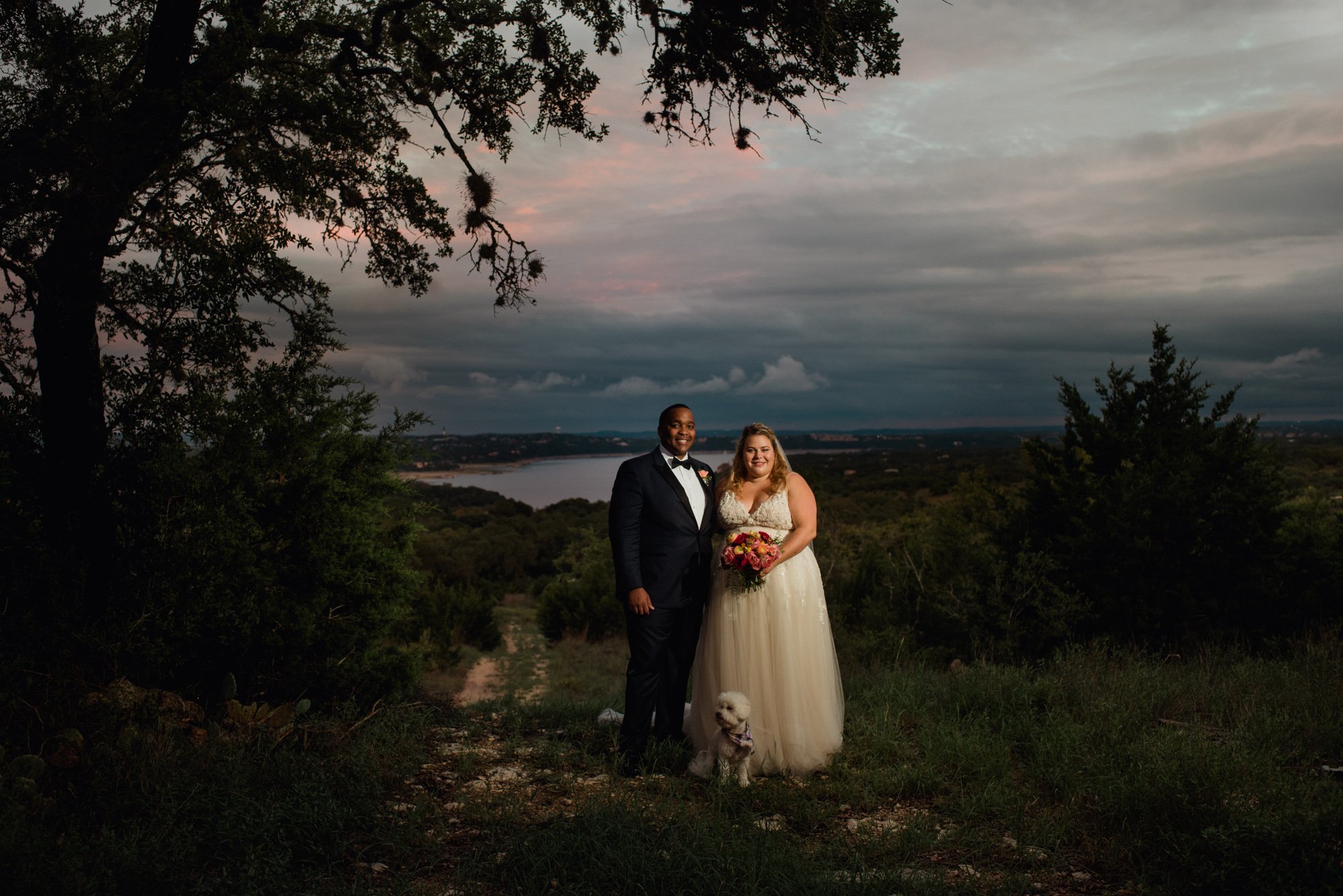 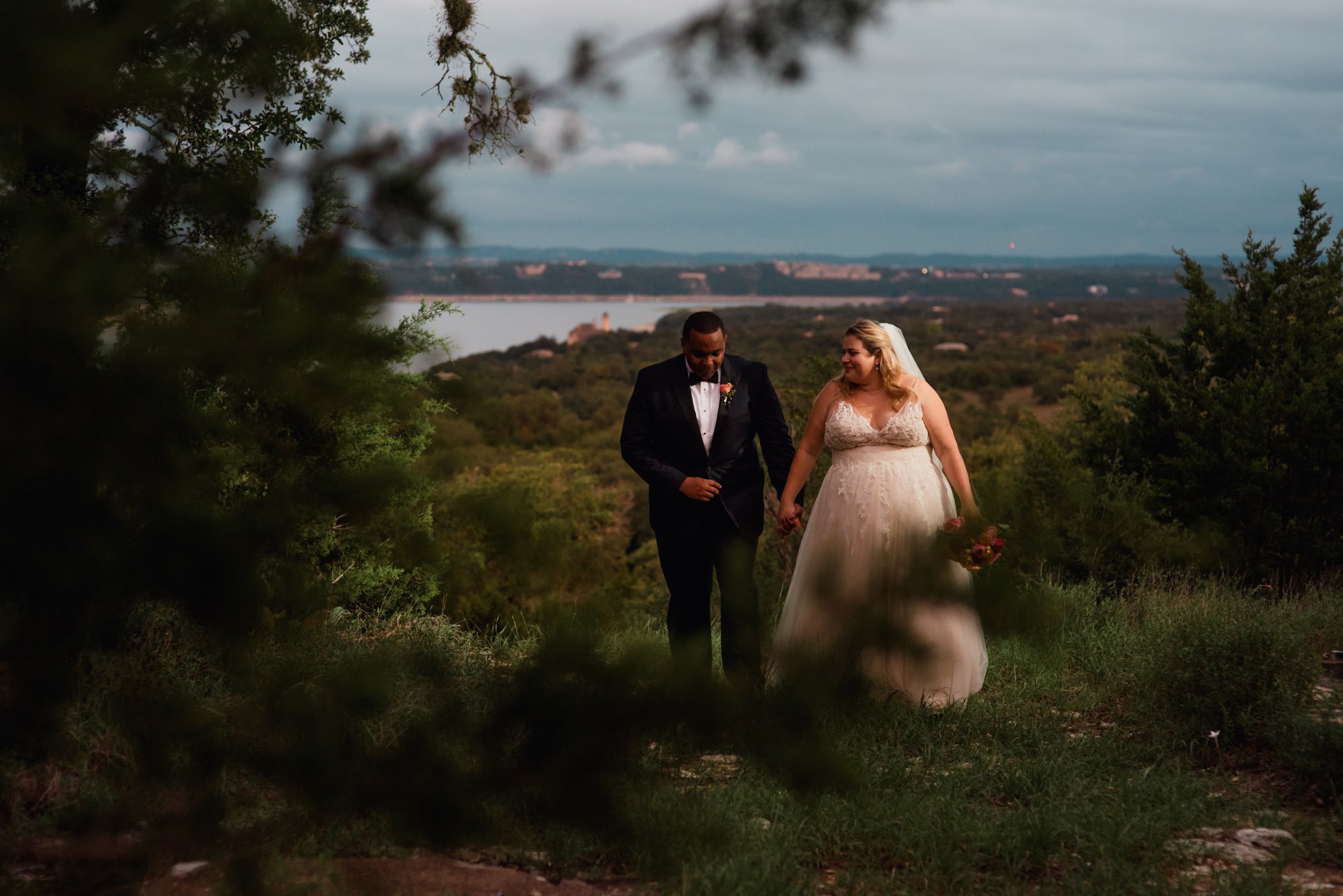 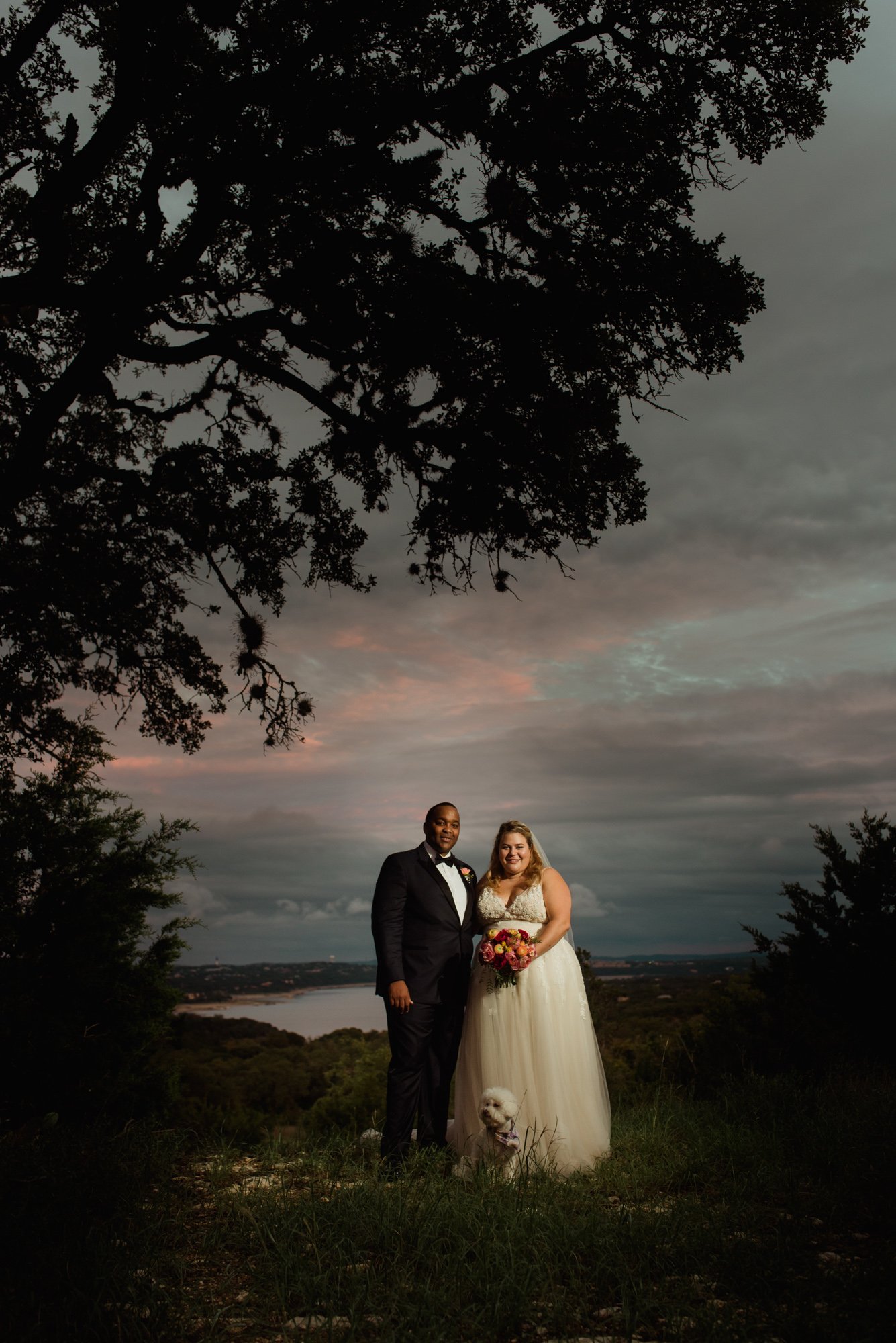